In her article Recognition and Destruction: An Outline of Intersubjectivity (1995), Jessica Benjamin presents the legacy of intra-psychic theory as having a "tendency to collapse other subjects into the rubric objects" and sets the relational task to change theory and practice to integrate intersubjective perspective: "where object were, subjects must be." (p1).

Benjamin wishes to discuss the experience of the other as object and as subject without contradiction, but marks the importance in the difference. "Intersubjective theory [in philosophy] postulates that the other must be recognized as another subject in order for the self to fully experience his or her subjectivity in the other's presence."(p2). Benjamin suggests that the other was seen as object as the first other is the mother, and women being seen as objects by western tradition made it hard for theorists to escape this idea. Instead, her main claim is, that the recognition of the mother as a subject by the infant, is a primary developmental task for the infant. This capacity develops unevenly, and eventually allows for mutual recognition between subjects.

Benjamin takes to examine Mahler's separation-individuation theory, with insights provided by Winnicott and Stern, and the added value of an intersubjective perspective on the process they describe. The theory describes the residue of the mother's interaction as an internalized object in the infant. This infantocentric approach, Benjamin claims, neglects "the engagement, connection, and active assertion that occur with the mother as other. unconcerned with the source of the mother's responses, which reflect not only her pathology or health ('narcissistic' versus 'good enough') but also her necessarily independent subjectivity. It also misses the pleasure of the evolving relationship with a partner from whom one knows how to elicit a response but whose responses are not entirely predictable and assimilable to internal fantasy" (p3). The infant must also display responsiveness, empathy and concern to the mother, in order for her to care for the infant, and for the infant to grow to be a "good enough" parent one day. The Kohutian empathic errors of the mother are opportunities for the infant to learn about the other's feelings, to be able to give empathy to, not just receive it, to enjoy mutuality. "By our very enjoyment of the other's confirming response, we recognize her in return" (p3)

Benjamin sees the seeds of intersubjectivity in the baby's smile to the mother, before the full understanding of the other. She refers to Stern, that describes the later stage of intersubjective relatedness at the age of 9 moths: "the new thing is the sharing of the inner world. The infant begins to checkout how the parent feels when the infant is discovering a new toy, and the parent demonstrates attunement by responding in another medium." In contrast, Benjamin refers to Mahler's Refueling, where "the checking back to look at mother is not about sharing the experience but about safety/anxiety issues" (p4).

Benjamin examines Mahler's rapprochement stage by Heggelian terms, as a tension between self and other: "in its encounter with the other, the self wishes to affirm its absolute independence [meaning, everything is me and I control everything], even though its need for the other [to recognize its subjectivity] and the other's similar wish undercut that affirmation." (p4). She describes the conflict of the self: "at the very moment we come to understand the meaning of I, myself, we are forced to see the limitations of that self".

In rapprochement stage, the infant is "able to do more.. [but becomes] aware of what she can't do and what she can't make mother do" (p5), so the infant focuses on the mother's independent aims, and the possibility that she will leave when the infant doesn't want her to go. The infant becomes tyrannical, undermining her separateness and her confidence in the infant's ability to survive it. If Mahler sees resolution of this intra-psychic tension by internalization of a balance between assertion self and recognition of other, then the intersubjective perspective would set a higher expectation, to recognize mother as a subject. To describe this task, Benjamin refers to Winnicott's idea of destroying the object: "If [mother] survives without retaliating or withdrawing under the attack, then we know her to exist outside ourselves, not just as our mental product" (p6). By surviving the destructiveness of the infant, the mother restores the good object, by Winnicott, and also, through an intersubjective perspective, it allows love, the discovery of the other. When the other does not survive the attack, aggression stays intra-psychic only. According to Benjamin, the tension between intrapsychic internalization and intersubjective reality is in the center of Winnicott's idea: " it is in contrast to the fantasy of destruction that the reality of survival is so satisfying and authentic" (p6). The infant's motivation changes then, from separation to be one and alone, to separation in order to be together: "To the extent that mother herself is placed outside, she can be loved" (p6). The developmental task that can be thus achieved is the establishment of a shared reality.

The infant evolves from a controlling retaliatory stance – I will do to you as you do to me, to a shared experience position – I understand why you wish to tend to yourself as I wish to tend to myself. The child reacts to recognition of the other with reluctance: "I insist on my way, I refuse to recognize you, I begin to try to coerce you; and therefore I experience your refusal as a reversal: you are coercing me" (p7). Later, around 3 years of age, the infant develops a more complex intersubjective capacity that alleviates this tension: "'You know what I feel, even when I want or feel the opposite of what you want or feel.' This advance in differentiation means that 'We can share feelings without my fearing that my feelings are simply your feelings'" (p7). This is an evolution from a power struggle between complementary roles of mother and child, subject and object, to a mutual understanding between two subjects.

Intra-psychic internalization of the object, is then seen as unachieved mutuality with the other. Complementarity is a step on the way to mutuality, and it makes intra-psychic theories valid to describe this stage of development. (p8). The mother's existence as subject as well as object, allows the infant to play with her as an object, without threatening the infant's subjectivity by destroying the object, as she still survives as a subject. This is the same in transference play, notes Benjamin. The ongoing

interplay of destruction of the object in fantasy and recognition of its separate existence in reality is a dialectic between fantasy and external reality.

Benjamin summarizes by giving place to destruction of the object. Mutuality is not an ideal harmony, she notes, but a constant breakdown and repair, a dialectic movement between using each other and sharing with each other.

1) I found it to be a narcisstic axiom that one comes on the expense of the other, Benjamin elucidates this dynamic as retaliatory complementary perspective. The answer then would be, let's share experiences.

2) Benjamin's invitation to destroy is realistic. It accepts aggression and destruction motivation that exist in us. The solution is not to resolve these, but to relate to them.

3) Psychotherapy based on objective results, could be seen as the opposite of intersubjectivity. In my view, however, intersubjectivity could be the basis to understand collaborative psychoanalytics - using therapy data from different patient-therapist dyads and from different sessions, to compare and learn about the here and now in a therapy session. This would be more in the line of inter-objectivity, and allow the intersubjective field a richer basis to fall upon.

The Gap
Currently, there are three fields of psychotherapy that are advancing in this direction, not yet capitalizing on data mining technologies. A brief description:
An approach which is obviously missing in this list is the commonly known psychodynamic therapy, even though it remains the preferred therapy by therapists for the majority of cases. Many other approaches are waiting for academic prestige before they can even be tested.

The Potential
People spend fortunes so that someone will listen to their story and analyze their words in order to feel better. Psychotherapists listen a lot, compare to theories and research done on small samples and analyze this data, manually. There are relationships and inspirational effects, but systematic data analysis is a main tool.
Current CRM technology could be suited to analyze therapy sessions, as recorded in clinics or online. Current measures of biofeedback, self appraisal, and analyst appraisal would serve as desired results.
Using collaborated data analytics to manage psychotherapy process toward results, could help patients get what the best for their investment and for their problem, expose more therapy approaches to testing, and gain financial support by large insurance organizations.

Is It Alright to Touch You?

This semester I've been guiding a gender conflict group. A gender conflict group, as I see it, is a group of people gathered together to raise awareness to their gender role in society, to investigate their positions and feelings toward their gender role, and, most importantly, to act out and experience a complex inner discussion through a group discussion that brings up many different voices that represent silenced inner voices.

A common discussion in these groups, that also took place in the group I participated in last semester, is about rules that regulate the relations between men and women. For example, what is definitely wrong for a man to do to a woman, such as physical violent acts, what is OK, such as smiling and saying hi, and what is unclear, such as touching, as in some contexts this is OK, while in other contexts this is definitely wrong.

Saying that this depends on context is not completely helpful, as some contexts for touching are clear, such as consensual intimate lovers who can touch and it would be clearly OK, or strangers in the streets who would be clearly wrong to touch. But what about contexts that do not determine things so clearly, such as a romantic date, where people are no longer strangers but not yet consensual intimate lovers?

Well, if the context is not clearly wrong, you should just ask, is it alright to touch you? If yes - yes, if no - no, if insulted by the question - reconsider your list of wrong contexts.

This discussion could end with this simplistic algorithm, trying to optimize petitions of consent. I think it feels weird, and although it is very politically correct, we know that this doesn't face the deeper complexity. It could be criticized as objectification of women, as touch-things, that can only express yes/no feedback to their function as objects of desire, and not a more complex subjective position. Men are also more than desiring objects...

So what would be a more complex subjective position to objectification? Well, it's hard to say, but I think we should consider how good it feels sometimes to be an object of desire, and how the same feeling could become horrible in its disrespect, to see that there is a deeper dynamic of subject-object within us. I will read some more in the direction of Kristeva and Zizek before I can truly explain what I mean. Anyway, to make this post add good to the world, as a rough thumb rule, a respectful question in unclear situations could help. 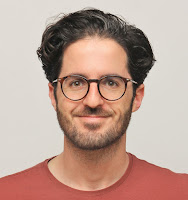